Services for Mr. Pappas will be held entirely at Sts. Constantine & Helen Greek Orthodox Church of Palos Hills on Tuesday August 7th, 2018.  Visitation from 9:00 AM to 10:30 AM. Funeral Service to immediately follow. The interment will take place at Bethania Cemetery. 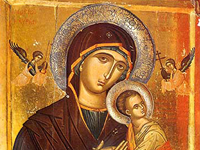